A lot of people discourage having large quantities of meat. This has some merit for different reasons. From a weight-loss perspective though, increasing your intake of lean meat can be quite effective. It is super filling per calorie and when you do the maths on it, it is hard to overeat.

Firstly, it is not overly uncommon for people to average <1g protein per kg of body weight. This sounds like a low mark, particularly since there are plenty of people out there who talk about how western culture encourages the overconsumption of protein. It is a theme I do see in practice though.

There are also plenty of people who average slightly above that mark but aren’t super consistent, which leaves them with certain days or weeks where they have much lower intakes then usual. This is also be relevant for this discussion.

The evidence indicates that 2.3-3.1g/kg of fat free mass is typically optimal for an athlete looking maintaining as much muscle as possible during a fat loss phase.

Obviously, the leanness of the individual needs to be factored in when estimating how much protein is needed. Somebody who has a high body fat percentage will need slightly less protein due to having less muscle mass. This is why fat-free mass is used in the calculation.

Almost all of the research in this area on non-athletes is based on total body weight instead of fat. But based on extrapolations it is still likely that >1g/kg of total body weight for protein is optimal even for those with higher levels of body fat.

The evidence also indicates that overshooting that protein target does not have any noticeable downside in terms of body composition.

Increasing protein intake will, therefore, help people maintain more muscle mass, which in turn means their metabolism will remain slightly higher over the long-term. This is something I value highly since I believe it is one of the useful steps that can be taken to help reduce the risk of yo-yo dieting.

It’s possible to reach the required amount of protein through a plant-based diet, for sure. But there are plenty of people who find that difficult. A lot of people find it easier to do through animal sources.

To explain why it is difficult to overeat lean meat I will use a case study of somebody who is overweight and is looking to consume ~1650 calories per day to achieve weight loss at the rate they want.

The first scenario I will use will be based on chicken breast. 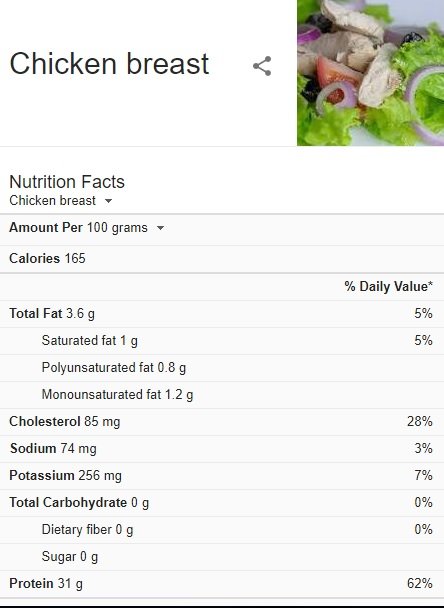 Using the chicken breast scenario, this individual could have 100g of chicken breast and they will be consuming 10% of their target calorie intake, 31g protein and 3.6g fat.

If they have 200g (more than a full breast), they will be having 20% of their target calories intake, 62g protein and 7g fat.

If they have 300g (more than most people will want to eat comfortably if it is a part of a mixed meal with plenty of vegetables), they will still only be at 30% of their calorie intake and they will be taking in a solid 93g of protein. If they weigh 93kg or less that alone would have them at >1g of protein per kg of body weight, without considering the other foods they eat.

Obviously you can play around with the numbers. But the point I’m making is that even if the numbers are higher/lowers based on your preferences, chicken breast is pretty filling per calorie. It also helps you reach your protein target without adding in a lot of fats or carbs.

The next scenario is based on mincemeat. While 5-star mince has relatively similar nutritional information to the chicken breast (slightly higher fat, slightly lower protein), I’m going to use 2-star mince as an example.

Not many people actually buy 2-star mince. “Regular mince” what people commonly call 3-star mince. But I’m using this as an example to represent higher fat meats and make my point as clearly as I can. Obviously use common sense and scale it back slightly for other meat options that are still quite high in fat, but slightly lower than this. 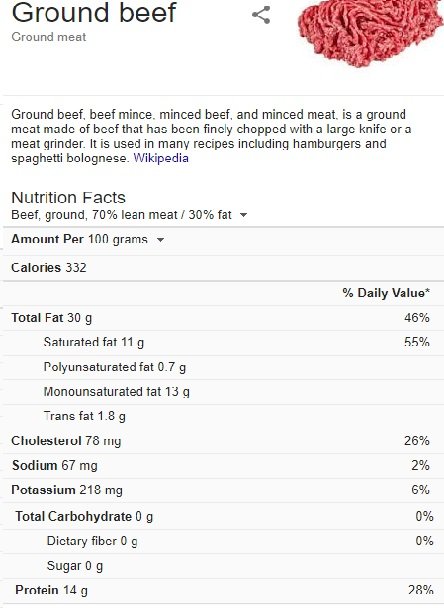 With the 2-star mince example, it isn’t as easy to eat a large quantity and stay within a specified calorie deficit.

When you look at it from that perspective, high-fat meats are NOT a good source of protein. You are likely going to be consuming a larger amount of calories per gram of protein than desired due to the fat content. That is not even touching on the fact that there are better options you could utilise to meet your fat needs.

I am a fan of more plant-based diets and the health benefits related to them. So my first recommendation for people with big appetites is almost always to eat more vegetables. Emphasising some plant-based sources of protein can be a great idea too. This article shouldn’t take away from that message.

Not everybody is interested in taking that advice very far, however. If somebody has reached the limit of how many vegetables they are willing to eat, and they are still hungry, lean meat is generally the next thing I look at increasing. It seems a bit counterintuitive for people who have been told for years that they need to cut down on their meat intake, but it can be an effective method if implemented well.

How to Become a Dietitian in Australia
Claudia Cramer Question and Answer
Nutrition on Twitter: The Starter Pack
CategoriesOther
Share
FacebookTwitterLinkedInPinterestStumbleuponEmail