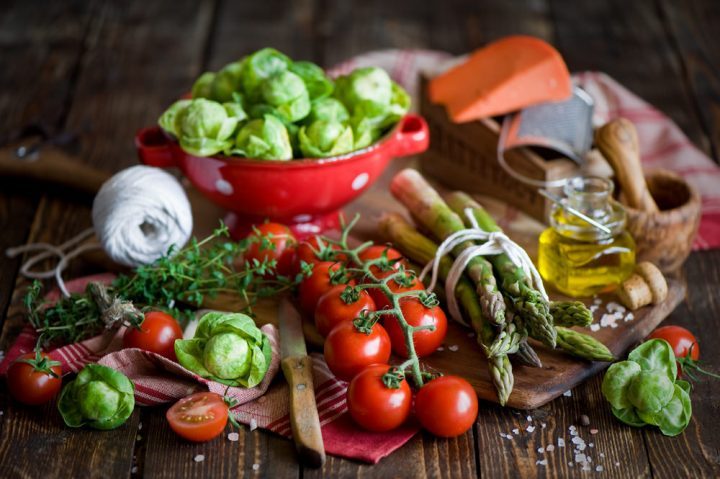 There is the age-old question of which is better for weight-loss: Low-fat or low-carb diets?

At the end of the day, it comes down to calories in and calories out.

Obviously there are people who will bring up hormones. But the calories in vs calories out model does actually take that into account. Hormones effect both calorie intake and calorie expenditure.

And if calories and protein are matched, then the results are typically equal.

But that brings up a different question: What if one of the diets is easier to follow in the real world?

Of course, you can show the results are the same if you account for all the variables in a strictly controlled study, but that doesn’t mean very much from a practical perspective for those looking to lose weight on their own.

Due to this, I’m going to mainly focus this article on what is one of the most interesting nutrition studies of the last decade: The DIETFITS Randomized Clinical Trial.

The study involved over 600 participants (which is huge for a nutrition study) and was conducted by Christopher Gardener from Stanford. It went for 12 months and the participants were eligible to attend 22 sessions with a registered dietitian.

For the first two months the participants were told (and shown how) to consume <20g fat per day and <20g carbs per day.

Following this, they were meant to slowly titrate up to the lowest level fat/carbs (depending on their group) that they felt they could maintain indefinitely.

They weren’t told to limit any other macronutrient or target a specific calorie amount. They were also supposed to focus on high-quality food choices and eat as many vegetables as they could. This is crucial as it means people in the low-fat group couldn’t be having heaps of added sugar through soft drink for example.

My Thoughts on the Protocol

It is an interesting protocol. I like the idea of starting lower and then titrating up to something more sustainable.

People tend to be most motivated at the start of a diet. If they get results then the motivation is more likely to continue. From a mental perspective, it is also way easier to stick to a diet long-term if you view it as something more sustainable.

Theoretically, I don’t really like the idea of males consuming <20g of fat per day for a full 2 months as it would likely significantly decrease their testosterone levels. If somebody has lower testosterone levels during weight-loss, they may lose more muscle then necessary. This could then impact their long-term results.

From a practical perspective, there was no need for me to worry about <20g of fat causing issues. There is no data showing what what levels people started at in the first few weeks. But 3 months in, people in the low-fat group were already consuming an average of 42g of fat per day, which is a much safer level to be consuming.

The low-carb group was consuming an average of 97g of carbs per day at the same time, which is interesting to note since that is almost the same number of calories as the 42g of fat provides.

It’s also important to be aware that 97g of carbs is likely to be too many carbs for the participants to be in ketosis, which is something I will discuss later.

The last thing to consider is that people consistently underreport their intake in 24-hr dietary recalls, which was the method utilised. Potentially their intakes were significantly higher than these numbers.

Why Is the Study Interesting?

Christopher Gardener is a smart man. He knew prior to this that low-fat and low-carb get the same results when calories and protein are matched.

He also knew that they also often get similar results in the real world regardless of insulin sensitivity.

The big thing he was aware of that a lot of people ignore, is that people often get mixed results within groups in research studies. Even though the two groups (low-carb and low-fat) often get similar results as a whole, certain individuals seem to perform better on one style of diet.

What he was really looking for in this study was whether specific genotypes influence this.

Nothing was found relating to the impact that genotypes have, unfortunately. That doesn’t necessarily mean genetics do not have an impact. All it means is that the genotypes they looked at weren’t involved in the process.

Although they didn’t find what they were looking for, the results that people got, as well as how they got to the results are fascinating.

Arguments for Low-Fat and Low-Carb

People who are in either the low-fat or low-carb camp often have strong opinions of why their diet is easier to stick to.

Low-fat advocates might say that it is easier to follow since it is so much more like what people naturally do. You only have to make minor modifications that add up to the big changes in total fat consumption.

People in favour of low-carb often point out the appetite suppressing effects of a ketogenic diet (which usually requires <50g of carbs per day). Or alternatively they highlight that aiming to reduce carbohydrate intake is a simple way to significantly reduce calorie intake without really thinking about it. The argument for the appetite suppressing effects of a low-carb diet completely fell apart in this study. Due to it being a free-living study where individuals could do whatever they wanted with the advice they were given, most people in the low-carb group were eating far too many carbs to stay in ketosis.

Potentially it IS easier for some people to be in a calorie deficit if they stick in ketosis and have the appetite suppression related to that.

Unfortunately, this study indicates that if you offered a ketogenic diet as blanket advice to the general population looking to lose weight, it will likely be ineffective since they are unlikely to stay in ketosis and reap those benefits.

Low-fat diets being easier to stick to makes sense intuitively. On average people still didn’t have a significant calorie deficit though. Although there were exceptions to this.

By the end of the trial, the people in the low-fat group were consuming 57g of fat, which isn’t excessive unless the underreporting is significant. For reference, the low-carb group consuming 132g at the same time. 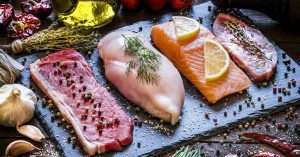 Higher protein consumption can be linked with for long-term weight-loss success. I thought would be a variable in this study. Typically if you have somebody go low-carb, they naturally increase their protein intake.

Protein intake did not actually differ that much between groups in this study. There was only a ~10% difference between the protein intake of the two groups during the trial.

This is relatively unexpected. It could partly be due to reporting issues related to self-reported data. Or maybe this is actually how things worked out in this study. Either way it is interesting.

Surprisingly for those who strongly believe that one of the two options would be superior in the real-world, both groups lost 5-6kg on average. The difference between the groups was not statistically significant or clinically relevant.

There was a massive variance in results inside the groups, however, with somebody losing as much as 32kg and somebody gaining 11kg.

Dieting is difficult and some people argue that it may even do more harm than good. I believe that it can be beneficial if the right approach is taken, but the fact that some people gained weight during this trial is even more evidence that an individualised approach is needed.

What fascinated me so much about this study was what the participants had to say at the end. Every participant who completed the study had to go through exit interviews. The people who lost 20kg or more had some really interesting things to say.

I expected a lot of answers like “low-fat changed my life” or “low-carb changed my life,” but what they said instead all revolved around mindful eating.

They said that the sessions with the dietitians really changed their relationship with food.

They were asked not to eat in the car or in front of a screen, to eat with friends and family, to try to cook for them and with them more often, and to shop more frequently for ingredients at a local farmers market.

A lot of them highlighted that they used to eat really quickly, but now they eat slowly, chew thoroughly and enjoy the taste, smell and texture of their food.

I personally have never believed that those things are the key to losing weight and keeping it off, but if every person who lost 20kg or more in a study of this size said those things, it is worth paying attention to.

My parting words are that it probably isn’t worth too much time searching for the magic diet, and the focus should instead be on choosing high-quality foods and finding a sustainable way to eat an appropriate number of calories.

Do High Protein Diets Negatively Impact Gut Health?
The Facts About Edible Hemp – How Healthy is it?
Everything You Need To Know About Omega-3 On A Vegan Diet
CategoriesHealth
Share
FacebookTwitterLinkedInPinterestStumbleuponEmail