Can you please tell us a little bit about your career so far?

After graduating I spent just over four years working in a hospital in the UK. During that time I gained experience as a rotational dietitian in a number of different wards and clinics; I also worked as part of a community stroke rehab team, and more recently I worked as a Paediatric Specialist Dietitian (which I loved!).

Since starting Dietetically Speaking in 2015 I have been doing some freelance work on the side like health writing and giving talks about evidence-based nutrition. Then at the start of this year, I took the leap to become fully freelance, so that I could continue to work while travelling. Most of my current work involves writing articles about nutrition and providing nutrition consultancy services for businesses. So far I love the freedom and autonomy of working as a ‘Dietetic Digital Nomad’!

Is there an amount of saturated fat as a percentage of the diet that you believe would be a good target for overall health? Or is it more of a “less is better” situation?

Beyond this, no specific ideal amount, or minimum amount, of saturated fat has been identified. Saturated fat isn’t essential for our health, but we don’t need to avoid it altogether. For example saturated fat provides energy; has a role in how our cells and cell membranes function, and is also present in nutritious food like meat and dairy.

As most people eat too much saturated fat, I think the ‘less is better’ message is a practical way to think about it. However, if you reduce your intake of saturated fat, it is important to replace most of this with heart-healthy foods like wholegrains, unsaturated fats (found in olive oil, rapeseed oil, nuts, oily fish etc), fruit and vegetables; rather than foods which are high in sugar or refined carbs (like white bread and white pasta).

If somebody recently diagnosed with Type 2 Diabetes (but not on medication yet) was interested in trialling a diet that is <50g carbs per day and wanted your guidance, would you go down that route or try to steer them in a different direction. Why or why not? 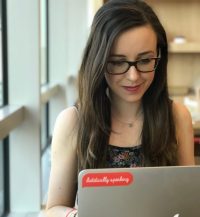 I would discuss the pros and cons of trialling a low carb diet versus other healthy eating approaches so that the client can make an informed decision, which I would then support them with.

This would involve explaining that there is some evidence that low carb diets can help with weight loss and the management of type 2 diabetes, but research shows that low carb diets are not better than other healthy eating approaches overall. Compliance rates also vary, so it depends on each individual’s lifestyle and preferences.

As <50g of carbs per day would be classified as low to very low in carbs, I would also discuss nutritional risks associated with this; such as a low intake of wholegrains, fruit and dairy; and a potential increase in saturated fat.

If the person still wanted to try this, I would discuss whether they want to start with such a low carb diet, or whether they would consider a moderate carbohydrate restriction (such as 200g of carbs per day). I would discuss how long this should be trialled for, as well as the longer-term nutritional goals and other healthy lifestyle factors like physical activity. I might also highlight that there is some limited evidence that mindful and intuitive eating can help with managing diabetes.

I’ve heard you say in a talk (The Big Fat Debate for North East Skeptics) that there isn’t enough evidence to support fish oil supplementation and there is no doubt that it is not as good as actually eating the whole fish, but if somebody had an exceptionally low omega 3 intake, do you think there would be benefits?

Unfortunately, there is nothing which provides the same benefits as having a portion of oily fish per week. But as the next best option, those who don’t eat fish should include a plant-based source of omega 3 in their diet which is called alpha-linolenic acid (ALA).

You can also get some of the omega 3 which is found in oily fish, which is called docosahexaenoic acid (DHA) and eicosapentaenoic acid (EPA), from seaweed and in some omega 3 fortified foods like eggs, milk, yoghurt and spread.

However some countries (like the UK) recommend not eating seaweed more than once per week because of the risk of having too much iodine, but some people don’t agree with this, as many other countries have a high intake of seaweed without harm, and iodine deficiency is increasing in some groups in the UK.

For those who do want to try an omega 3 supplement it is best to: choose omega-3 oil instead of fish liver or cod liver oil; choose a supplement which contains around 450mg of EPA and DHA per day (for adults); make sure it is age-appropriate and not too high in vitamin A; and speak to your doctor or dietitian for individual advice if in doubt. Vegan EPA and DHA supplements made from algae are also available.

I’ve heard quite a few dietitians say that cooking with a high-quality EVOO is fine because it can reach a relatively high temperature (around 220 degrees celsius?) prior to having any negative effects on its health benefits. Would using EVOO for pan-frying be an issue? I’m assuming pan frying would go well beyond that temperature.

I have read that average pan-frying temperatures of oil are around 100 – 200 degrees Celcius, but it is possible that it might go above this at times.

Out of the different types of unsaturated fat, avocado oil seems to be able to reach the highest temperature without breaking down, with a smoke point of around 270 ℃.

When the health benefits and heat stability of different oils are compared, I think the best options for pan-frying are: avocado oil, rapeseed oil (i.e. canola oil), refined olive oil and some types of high-quality EVOO.

I have seen people who argue against dairy consumption point to this study (https://www.ncbi.nlm.nih.gov/pubmed/9224182) as evidence that dairy does not reduce the risk of fractures. What is your take on that point?

This is an interesting study and it is good that it has a large number of participants and a long duration of 12 years. However, this type of study can only show an association, not whether something causes something else to occur. There are also limitations of this study such as nutritional intake was self-reported (which is often unreliable), vitamin D intake was not measured, and the women in this study were younger than the average age for developing hip fractures by the end of the study.

More recent research has found that a vegetarian diet which includes dairy is healthier than a vegan diet in terms of reducing fracture risk, as well as metabolic health.

Studies which can find out whether a dietary change has a knock-on effect (randomised controlled trials) have also found that higher dairy intake was linked to improved bone health and reduced fracture risk.

There is also a strong association between a low intake of dairy during childhood and teenage years and an increased fracture risk in later life. So although this is an interesting study, the evidence from it isn’t strong enough to disprove the body of evidence which shows that there is a link between a low dairy intake and an increased fracture risk.

Are there any steps that you think should be taken from a public health standpoint to reduce obesity rates?

I’m becoming more interesting in the non-diet approach to nutrition, which involves looking at the bigger picture of health rather than focusing mainly on obesity. So I think it would be great if the conversation could shift from ‘the obesity epidemic’ to promoting overall health. But I also think that environmental factors and advertising do play a big role in public health.

So I would like to see ongoing efforts to tackle advertising and promotion of foods high in calories, saturated fat, salt and sugar; as well as positive health incentives to make it easier and more affordable to exercise regularly and buy healthy food.

Is kombucha worth the hype?

It is definitely becoming very popular! I recently looked into the research related to kombucha and found that it might have health benefits related to containing antioxidants and probiotics, but there really isn’t strong evidence to support this as not many studies have been done.

There are also a lot of claims that kombucha can cure specific diseases. There definitely isn’t enough evidence for this, and it could be dangerous if somebody decided to use it instead of established medical treatment.

It’s important to mention that kombucha can vary a lot depending on how it is made, and there have been some reports of harm related to drinking kombucha (such as liver damage and vomiting).

But the kombucha sold in shops tends to be a low sugar caffeinated drink, so it can be a better option than other sugary drinks. Overall it might have some benefits but based on current evidence I don’t think it lives up to the hype. If you do drink it, I would recommend not over-doing it and being careful if you make it yourself at home.

Are there any quick tips that you find yourself offering to most individuals looking to improve their health?

I encourage people to look at the big picture, rather than being too obsessed with small details in their diet. I also like to focus on what we can add to our diet to boost our health, instead of focusing on cutting back and restriction.

For example, most of us would benefit from eating more: fruit, vegetables, wholegrains and fish (aiming for 2 portions per week, one of which is oily fish like salmon, herring, mackerel, sardines or fresh tuna).

In places which don’t get much sunshine, like the UK and Ireland, most people should also think about taking a vitamin D supplement; especially from October to March.

Part of looking at the bigger picture of our lifestyle involves enjoying our food mindfully, finding exercise that we enjoy and being active regularly, managing stress, getting enough sleep, socialising, taking care of our mental health, avoiding smoking and not drinking too much alcohol.

Is there anything else you would like to add to wrap the interview up?

There is so much misleading information about nutrition out there. I think it’s so important for everybody to use their critical thinking skills to protect themselves from these misleading messages; especially when they seem too good to be true or say that a certain diet can cure a disease.

Government guidelines are a reliable place to start, but if you want to understand other messages and news stories that you hear about nutrition it is a good idea to think about: 1. Who is spreading the message and how reliable are they? 2. Are they making any unrealistic or extreme claims? 3. Is the message backed by good evidence? I explain how to do this in more detail in my nutritional nonsense detection kit and I also have a list of reliable websites for nutritional information. 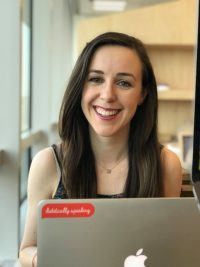