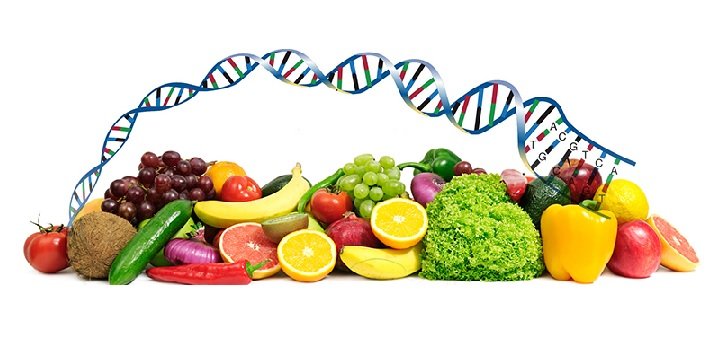 Personalised nutrition is a burgeoning niche within the trends of personalised medicine and scientific wellness.

Promising highly individual solutions to dieting woes, longevity and a plethora of other health struggles, it’s no wonder that personalised nutrition has become both a buzzword and commercial enterprise.

This has left many puzzled by its health claims, unable to sort fact from fiction.

Perhaps most startling, however, are the sensationalist headlines spreading through social media platforms that discretionary foods such as chips could be healthier for you than salad.

So let’s explore what personalised nutrition really does offer you and if such claims hold some truth.

What Is Personalised Nutrition?

There is yet to be an agreed-upon definition of personalised nutrition. The term is also often used interchangeably with nutrigenomics, nutrigenetics or nutritional genomics.

All of these concepts, however, describe a highly individual approach to nutrition that involves utilising one’s genetic make-up.

Commercial solutions or wellness programs such as MyDNA, Arivale or DNAFit obtain your genetic profile through microbiome samples, blood tests or saliva swabs.

This is of course often followed by collecting your diet history, lifestyle factors and other anthropometrics. This wealth of data is then put through Machine Learning algorithms to come up with highly targeted solutions for your health. After collecting your data, the program is carried out online or through video or phone consultations.

How Was the Term Personalised Nutrition Coined?

Personalised nutrition has been a concept explored within the scientific discipline for more than a decade. However, the idea didn’t really come into public lexicon until roughly 2015.

In 2015 a group of Israeli researchers from the Weizmann Institute of Science published a revolutionary study demonstrating the highly individual characteristics of glycaemic responses.

The study was just one phase of the long-term Personalised Nutrition Project, which was the brain-child of Dr Eran Elinav and Dr Eran Segal.

The published phase of the study was led by David Zeevi and Tal Korem, PhD students in the Eran-Segal Lab, who collaborated with other researchers across scientific disciplines.

Their study involved continuously testing the post-prandial glucose response (PPGR) over the course of a week in a cohort of 800 people of varying medical statuses, who cumulatively consumed more than 46 000 meals.

Genetic, lifestyle and anthropometric data from each participant were churned through Machine Learning algorithms.

The results shocked the scientific community; it appeared that there was high variability in PPGR among people who consumed the same food. Bananas, for instance, increased one subject’s PPGR more than cookies, and vice versa in another subject.

These results enabled Zeevi and colleagues to curate The Algorithm Diet, which they validated in another 100 subjects. A short-term nutritional intervention was then conducted on another 26 participants with promising results.

So How Did Personalised Nutrition Become Another Buzzword?

Since the publication of Zeevi and colleagues’ results, many more studies into personalised nutrition have been conducted.

While most of these studies provide further insight into the growing discipline, some wellness programs and media platforms have exploited the evidence.

As many may have minimal scientific understanding, they have managed to spread pseudoscientific claims such as “french fries are better than salad” to vulnerable demographics.

While it is true that french fries might increase the PPGR of one person more than a salad would, that person’s health and nutrition do not whittle down to just their glycaemic response. A salad would undoubtedly offer many more vitamins, minerals and antioxidants than a serving of fries.

The mix of foods in a salad also enables a variety of micronutrients to interact and provide you with the best chance at nutrient absorption.

How Is Personalised Nutrition Different From Standard Medical Nutritional Therapy?

Firstly, given the relatively young field of personalised nutrition, no long-term studies exist on the efficacy of targeting certain genes in the treatment of specific metabolic conditions.

While most studies to date have provided us with great insight and promise for such therapeutic approaches, conclusions have been population-based rather than individual-based.

Commercial programs have capitalised on such conclusions. Some them citing for instance, that if you have a variant in the APOA2 gene, you have a predisposition to obesity, so increased consumption of saturated fatty acids will likely lead to cardiovascular disease.

Although this theory makes sense, cardiovascular disease, like many other metabolic diseases, is multifactorial and cannot be put down to a single gene alone. We would all, in fact, benefit from a diet low in saturated fatty acids!

Where we are with the evidence for personalised nutrition means that commercial programs are more of a luxury for those interested in improving their overall lifestyle, rather than a clinical strategy for a medical condition. Personalised nutrition programs offered via the internet cannot replace the advice of an APD versed in communicating evidence-based information to their clients.

The Crux of Personalised Nutrition

Personalised nutrition is still a developing field within the scientific discipline. The literature we have to date offers exciting opportunities to further our understanding of nutrition, health and disease.

Nutrition is a complex science and as such, if you are struggling with a medical condition, your weight or a diet-related issue, it is best to consult a dietitian who is trained to deal with the multifactorial complexities of an individual.

Nadia is a final year Bachelor of Science student, majoring in Nutrition and Metabolism at the University of Sydney. Her passion for dietetics, health and wellbeing began as a young foodie with a love for helping people in need, and grew into a dream to become a dietitian. As an aspiring health professional, Nadia’s long-term goal is to complete a Masters of Nutrition and Dietetics and gain a wealth of experience in all aspects of dietetics - from fertility and gut disorders to mental health. In the meantime, Nadia can be found brunching with friends, binge-watching chick flicks with her Mum and sisters, soaking up the sun between classes and avidly reading fiction and non-fiction books.