Ketogenic diets are becoming increasingly popular. As a weight-loss tool, as a performance enhancer and for other health benefits. No matter the reason behind your consideration of the ketogenic diet, it is useful to understand the relevant evidence behind it.

What is the Ketogenic Diet?

It involves decreasing your carbohydrate intake to the point that it puts your body into a metabolic state called ketosis.

When this happens, you body becomes more efficient at burning fat for energy. Ketones are also produced, which can be used an energy source.

A more common take on the diet now days involves higher protein and could look like 60% of calories coming from fat, 35% from protein and 5% from carbs.

A simpler way of looking at it could be to just aim for <20g carbs per day. Although arguably higher amounts such as  <50g per day could also provide the same outcomes for a lot of people. Another common definition of the ketogenic diet that people use is having less than 20g of carbohydrate per day. This is the equivalent of just over just over 1 piece of bread, one tub of yoghurt, 1 medium apple, 1/3 cup of cooked rice or 1 cup of milk. And that’s all you get. For the whole day.

It’s even more difficult when you factor in the small number of carbohydrates coming from some relatively low carbohydrate sources e.g. non-starchy vegetables.

Although 20g is a number that is thrown around, there is no real magic number. It just needs to be low enough for the body to stay in ketosis, so in reality, it could be significantly higher than 20g.

No matter which way you look at it, the ketogenic diet is tough. Say goodbye to pleasures such as potato, fruit, peas, legumes and corn. Not to mention stuff like alcohol, sweets, pie, pasta and chips! So obviously since it is tough, there has to be a reason why people are interested in it.

Given the current obesity crisis, the public is becoming increasingly desperate for a magic diet that fixes it all. Some people think the ketogenic diet is just that. While there is evidence to suggest the ketogenic diet is an effective tool in weight loss, the research is in its early days and somewhat flawed.

First off, we don’t just want to lose weight for a mere couple of months. We want weight loss to be maintained for the remainder of our lives. The whole point of a weight loss diet is to be sustainable. The last thing we need is another yo-yo diet to add to the ever-lengthening list.

While it is great that research has found that the ketogenic diet is ‘undoubtedly effective in short to medium term weight loss’, what about the long term? No one wants to lose weight just to gain it all back again. Currently, the longest study in ketogenic diets is 24 weeks in duration.

One of the advantages of a ketogenic diet is that it suppresses appetite to a certain degree, which makes it easier to stay full on a lower number of calories.

A study from 2018 involved ~300 people on a low-carb diet, but in a free-living situation, similar to real life. They were told that they could do whatever they wanted from a protein and fat perspective, but to keep their carb intake as low as they could comfortably maintain it. After 12 months, almost nobody was on a low enough carbohydrate intake to be in ketosis still.

When looking at it from that perspective, while the ketogenic diet can be effective for weight-loss, it is likely only outliers who are able to stick with it consistently enough to reap those benefits and maintain the outcomes. But as an interesting note from that same study, the low carb group got similar (if not slightly more impressive) weight loss results on average than the low fat group. Pursuing a lower carbohydrate diet led to these outcomes even though they did not actually stay in ketosis.

Evidence suggests that a ketogenic diet can improve the blood lipid profile, contributing to a lowered risk of cardiovascular disease, if followed closely enough.

This is a common criticism people have of ketogenic diets without fully looking at the research.

Reducing body fat is typically associated with reducing cholesterol as well which often explains these improvements.

Achieving ketosis typically, but not always, coincides with a calorie deficit and fat loss. It is hard to overconsume calories while limiting carbohydrates that low.

Nutrients of concern mainly include thiamine, folate, potassium, calcium, magnesium, vitamin A, E and B6. These nutrients are often consumed in inadequate amounts.

You can definitely set up a ketogenic diet that mets all of these nutrients. It just takes a bit of planning.

A ketogenic diet is also generally lacking in fibre, which is is relevant from a gut-health perspective and a chronic disease prevention perspective.

One of the clearest themes we have in nutrition research is that higher dietary fibre intake is linked with lower chronic disease risk. The link is too strong to ignore.

A high fibre diet is not necessarily needed for chronic disease preventation. But it is worth being aware that there is a strong link.

And while you can get quite a high fibre intake on a ketogenic diet, the sources are more limited. For example wholegrain fibres are often linked with positive outcomes, but obviously could not be included in large amounts as part of a ketogenic diet.

For overall gut-health, we know that consuming a sufficient amount of fibre is porbably a good idea.

Aiming for >30 different plant based foods per week is also a good idea.

Following a ketogenic diet strictly clearly changes the composition of the gut microbiome, in what looks to be a negative way.

Gut-health is a complex topic though. Because somebody with IBS symptoms might have triggers in the form of FODMAPs. 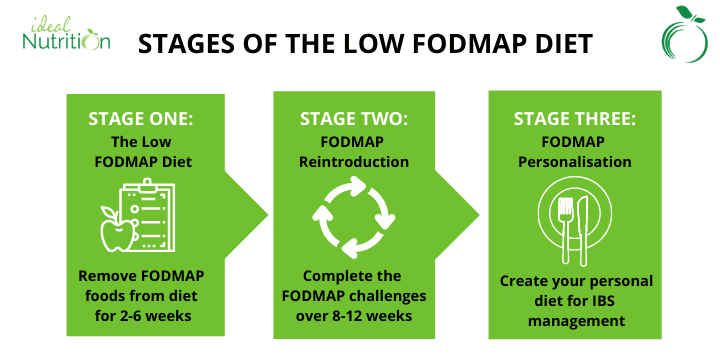 FODMAPs are mostly fermentable forms of carbohydrates. Strictly limiting carbohdyrate intake would significnatly improve those symptoms. It is not the only (or likely the most optimal) way to handle these symptoms, but it is an option that works in a simple way for a lot of people.

At the other end of the spectrum though, the bacteria in our large intestine feed on the food we eat. They literally require it to survive.

The discussion for type 1 diabetes is a bit simpler than type 2. Theoretically, somebody with type 1 diabetes can live almost like a regular person from a nutrition standpoint if they adjust their insulin dosages accordingly.

But the more carbs consumed, the more insulin is required.

This often makes it harder to get the right amount of insulin, particularly if intake is inconsistent. It increases the risk of taking too much or too little insulin. Too much insulin would lead to hypoglycaemia. Too little would lead to the negative effects associated with high blood sugars.

Following a ketogenic diet would mean that less insulin is required and blood glucose levels would remain more stable on a consistent basis.

So it can be appealing for some. But as mentioned, it is not necessary. You could eat more carbs and use more insulin, since that is how the body would normally respond to consuming more carbs. It is personal preference.

Type 2 diabetes is more complex because there is the additional factor of body composition.

Reducing carbohydrate typically means less insulin is required. This could mean less medication is required to manage the condition.

Getting leaner often results in improved insulin sensitivity. It also can potentially improve the ability of the pancrease to produce more insulin too.

If somebody stuck to a ketogenic diet, which also lined up with a calorie deficit, it would improve the management of type 2 diabetes through multiple mechanisms. And this has beenreplicated in some research as well. Theoretically if stuck to, lower carb diets can be great options for type 2 diabetes. Obviously getting leaner and avoiding excessively high carbohydrate intakes through other approaches work well too though. And compliance is still a relevant issue if looked at from a population level too.

High-end athletes have been trialling the ketogenic diet for many years now, in the pursuit for optimised performance.

Some find it beneficial, others do not.

Ketogenic diets are mre likely to be beneficial in the context of ultra-endurance athletes. Ultra-endurance refers to gruelling events that last longer than 4-5 hours. For example, marathons upwards of 80km.

Often when an athlete runs out of glycogen and hits the wall, their performance drops off significantly. This is relelvant for events like marathons. But the longer the event is, the less this issue becomes, since glycogen depletion occurs much earlier in comparison to the duration of the event.

Cue ketogenic diet. If the body is constantly exposed to high fat, low carbohydrate, it has the capacity to adapt and more efficiently use fat. However, everyone’s extent of adaptability is different. Where some people might see large success in fat-adaption, some may not. Hence, the diet is not suitable for every athlete.

Even for something such as race-walking which is not a high-intensity sport, the ketogenic diet appears to be slightly sub-optimal. Louise Burke’s Supernova Study demonstrated this.

Furthermore, no matter how well you have fat-adapted, you will never be able to perform at the same intensity as you might on carbohydrate fuelling. This means that for those on a ketogenic diet, high-intensity sprints/jumps will not be as explosive, which may be inhibitory to performance. So because of this, it is sub-optimal for a lot of sports.

Even from an endurance perspective, this aspect is part of how it could make a differs. Imagine you have to go up a steep hill or are at the end of a race and the difference between second and first is a final sprint to finish.

Ketogenic diets can make it easier for some people to create a calorie deficit and get lean. Improved body composition can also translate to improved athletic performance as well. It also has applications for the management of conditions such as epilepsy and diabetes. Some people also just feel significantly better on a ketogenic diet and enjoy it for those purposes.

Another area worth considering is compliance rates though. Ketogenic diets can be difficult to stick to for a lot of people due to the restrictive nature of the diet. For those who are highly motivated, or outliers, it can be much easier to stick to. But statistically speaking this is not the same for everybody.

Why I’m Not a Non-Diet Dietitian: Part 2
Resistant Starch – The Things You Need to Know
Are Low-Carb Diets Good for Type 2 Diabetes?
CategoriesHealth
Share
FacebookTwitterLinkedInPinterestStumbleuponEmail