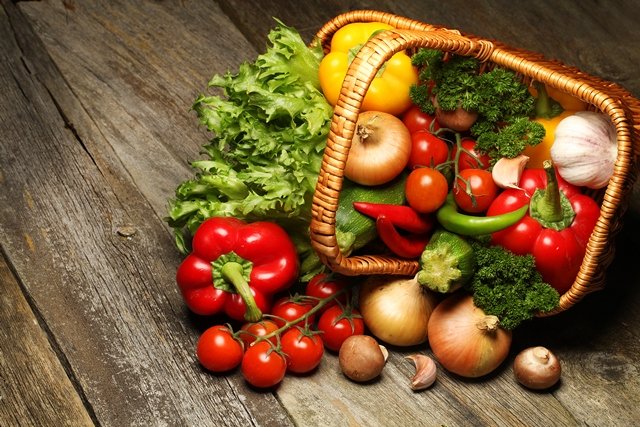 When we enter any shopping isle, we are confronted with many many different choices. One important decision to weigh up is whether to spend your hard-earned cash on the organic range.

The price difference between organic and conventional produce can be huge. For example, at Woolworths, Macro Organic Chicken Breast is $29.99 per kilo. The conventional range is less than half that at only $9 per kilo.

A dozen Elderbrook Farms Caged Eggs are $2.80. Southern Highland Organic Eggs are almost triple that at $7.99 per dozen.

The organic options don’t stop there. Today you can purchase a range of organic produce from organic fruits, vegetables, bread, cereals… even makeup and body wash! How do you decide whether going organic is really worth the extra money? Below I have answered some common questions about organic foods and their health benefits.

What does organic even mean?

Organic Vegetables are free from synthetic chemicals such as pesticides, herbicides, fungicides, antibiotics and growth hormones. Instead, organic fertilisers, such as compost and manure are used to nourish the soil. Likewise, pests and diseases are controlled using natural techniques such as species selection, crop rotation and insect predators. In addition, organic vegetables have not undergone any genetic modification.

Organically grown animals and birds are free-range and have access to organic feed. In addition, such species have not been exposed to any genetic modification, growth hormones or synthetic nitrogen supplements. Vaccines are only used in extreme cases when a disease is present. There is a strict restriction against antibiotic use in poultry, eggs and dairy.

Organic bread and baked goods must contain ingredients which are at least 95% organic. Such goods are cooked in a way which is most natural, for instance using enzymatic and biological methods. However, one downside to organic bread is that it is not fortified with important nutrients including iodised salt, folic acid and thiamine. All of which are mandatory additions to conventional types of bread.

Organic Labelling – How to Tell if It’s Truly Organic

In Australia, the term ‘organic’ is not regulated under Australian law. This means that any company can label their product as organic. That is why it is critical to ensure that when you buy organic produce, it is labelled ‘Australian Certified Organic’.

Products with this label are protected by consumer laws. They regularly undergo random audits to ensure they meet the Australian Certified Organic standards.

A large proportion of our carotenoid intake comes from vegetables, which have the same amount of carotenoids regardless of whether they are organic.

In addition, vitamin C is higher in organic crops compared to conventional crops, but only by 6%. Thus, this amount is not significant in terms of an individual’s total food consumption.

Finally, organic produce is richer in antioxidants. Howeverr, this is primarily caused by the higher level of carotenoids present in organic crops. The nutritional difference between organic and non-organic produce is very slim, meaning that it probably should not be your sole reason for going organic.

How Harmful Is the Use of Herbicides, Pesticides and Antibiotics on Our Health?

Although conventional produce has significantly more herbicides and pesticides than organic produce, these levels are far below the maximum amount enforced by FSANZ.

In contrast, the use of antibiotics in conventional foods can have an adverse impact on public health. Theoretically they could be aiding the development of antibiotic-resistant bacteria. The dirty dozen is often pointed to as an example of which specific non-organic fruits and vegetables it makes most sense to avoid.

Most people in nutrition think in black and white terms with statements at either end of the spectrum like:

This dirty dozen concept seems like a good middle ground in theory. Basically the way they identify the “dirty dozen” is by counting the number of pesticides commonly used on each fruit and vegetable. The ones with the most pesticides used end up on this list.

That sounds great, but it does not take into account the dosages used. It also does not account for what the specific chemicals used are and how they could play a role our health. The only thing measured is the number of pesticides.

How far below tolerance level of these chemicals are is not taken into account. On average, the data used for creating this list actually shows that the chemcals used are typically 100s to 1000s of levels below the recommended tolerance levels.

Buying too far into this concept also ignores that organic produce often uses pesticides too.

Finally the graph below lists the number of servings children could consume PER DAY before reaching a pesticide level identified as having a negative impact on health. Adult servings would be even more. Going organic may be a good idea if you can afford it. It is not critical for you to be healthy however.

What is more beneficial to your health is ensuring that you include a wide variety of natural, unprocessed foods in your diet, such as fruits, vegetables and wholegrains. Doing so will ensure that you hit your daily nutrient requirements needed to live a vibrant and healthy life.

Should You Care About Animal Research in Nutrition?
How to Convert Kilojoules to Calories
3 Ways Dieting Could Be Slowing Your Metabolism
CategoriesHealth
Share
FacebookTwitterLinkedInPinterestStumbleuponEmail

Alana Willis is passionate about all things health and nutrition. You can usually find her at the beach, with a smoothie in one hand and a good book in the other, soaking up that great Aussie sun. She is currently completing the Bachelor of Science and Master of Nutrition and Dietetics at the University of Sydney and foresees herself one day running her own dietetics practice. With a major in psychology, Alana is fascinated by the relationship between food and our mental state, and how our psychology can be used to implement healthy eating behaviours. Alana’s keen interest in health and nutrition is reflected by her writing. With her scientific background, Alana critically analyses everything she hears and reads, ensuring that her writing is current and evidence based. You can see more of her writing featured in the Dietitian Connection Newsletter and the Feel Great Challenge founded by biggest loser host, Hayley Lewis.